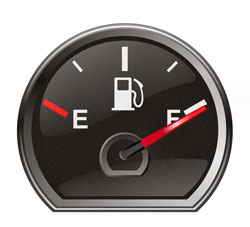 GEN Oil was formed in 2011 with the idea that fuel distribution could be more efficient through technology enhancements and innovative leadership.

Keith Albertie operates as the Chief Operating Officer and has more than 15 years of professional experience in the oil and gasoline space.  Over the course of his career, he has led technological enhancements in the industry, led the development and distribution of alternative fuels such as Biodiesel, and led the growth of a fuel distribution network from local, to regional, and semi national.  His supplier and customer network expands throughout the region and covers commercial, industrial, and government entities.

Jackie Albertie operates as the Chief Executive Officer, and has nearly 10 years of professional experience in the industry working with Regional and National customers.  Her leadership and vision for being the “Best in Class” woman owned fuel distributor in the region is contagious not only within the organization, but throughout the industry.

The company leadership team was named Crain’s Detroit Business “Top 40 Under 40” in 2005, was the State of Michigan alternative fuel supplier of the year in 2005, and received the “Innovators and Leaders” recognition award from Lawrence Technological University recently.